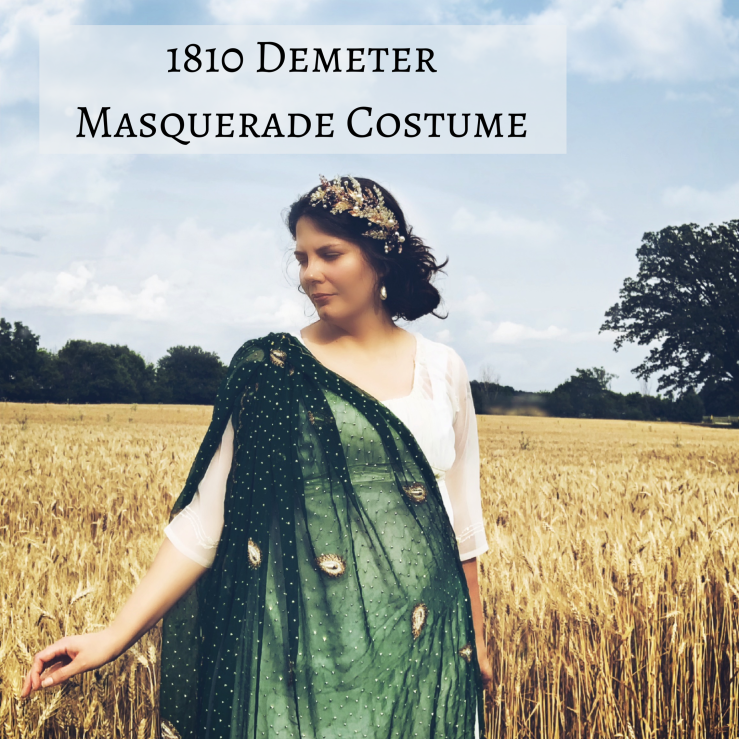 I had begun planning my evening wear for the Jane Austen Ball at the beautiful Pendennis Club well before I even had my tickets purchased. Cart before horse? Maybe just a bit, but as soon as I found out that it was a masquerade ball my choice in fabrics and the fashion plate inspo somehow worked magically together to become the perfect base for a Greek Goddess costume! Yay, because really how often does that happen?

After a refresher in Greek Mythology I settled on Demeter since I had a pretty green dupatta to use as the overdress and it really worked for the whole fertility and agriculture thing she was known for. Obviously I needed some sort of pretty diadem, wreath, hair piece thing to play up the whole Greek Goddess thing so I began searching for some inspo on Pinterest and Etsy. I didn’t want to do just a plain gold laurel wreath — I needed something with some real wow factor. That’s when I found some awesome images of her in ancient art, and even a few early 18th century pieces, wearing a crown with wheat and poppies — both symbols that she was associated with, again the whole harvest thing. 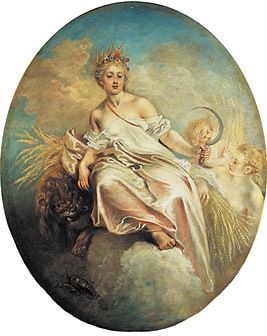 I dug around on Etsy determined to find some things to put together my own bejeweled crown of wheat. I started with a base of golden leaves which I wired and wrapped on a gold plated headband. Next I found some sprays of wheat made from beautiful glass beads — plain clear beads and then multi-color browns just like actual wheat. I added them to the crown along with some sprays of wired pearls in various sizes. The last piece to find were bejeweled poppies. I scoured, and I mean scoured, the internet but could not find a thing, at least a thing that fell within my price range for this project. I resorted to making my own — because why not? I’m already DIYing an entire tiara thingy whats a few extra pieces. I found some sprays of red paste stones and when wrapped around an onyx bead that had been wired to a stem they looked perfect. Finally Demeter had a headdress fit for a Goddess.

I did an impromptu photo shoot at the edge of the beautiful wheat field behind our house, just in the nick of time since they took in the field just the very next day. After seeing it all put together I couldn’t wait to show it off at the ball. 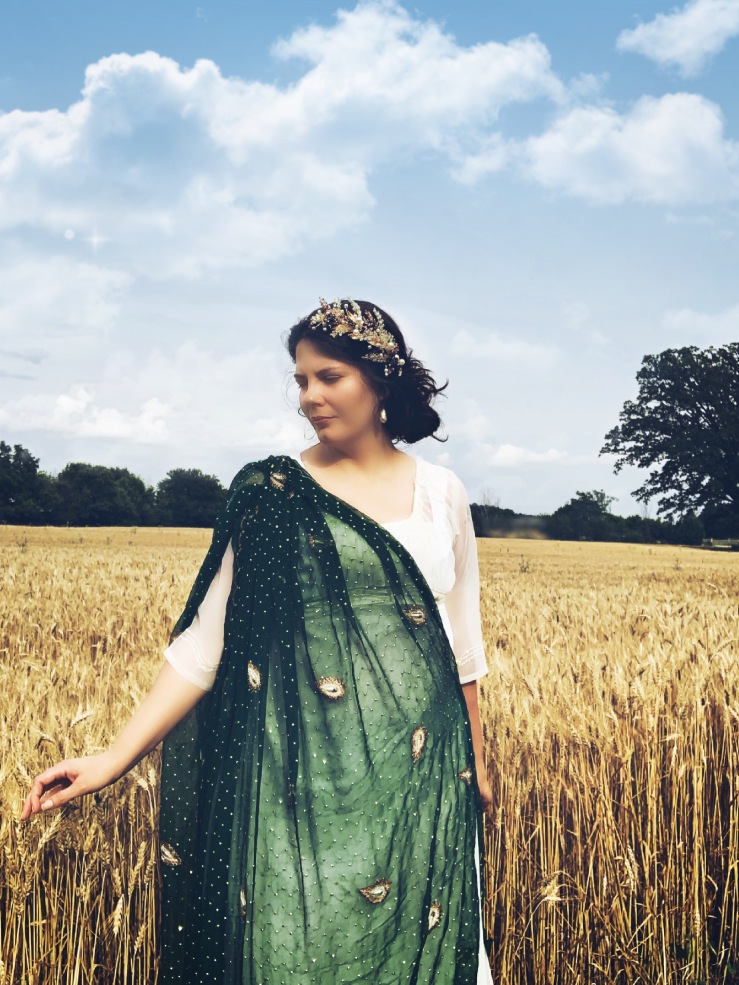 Obviously when it came time for the ball I couldn’t resist taking a bajillion pictures, especially with the beautiful columns. 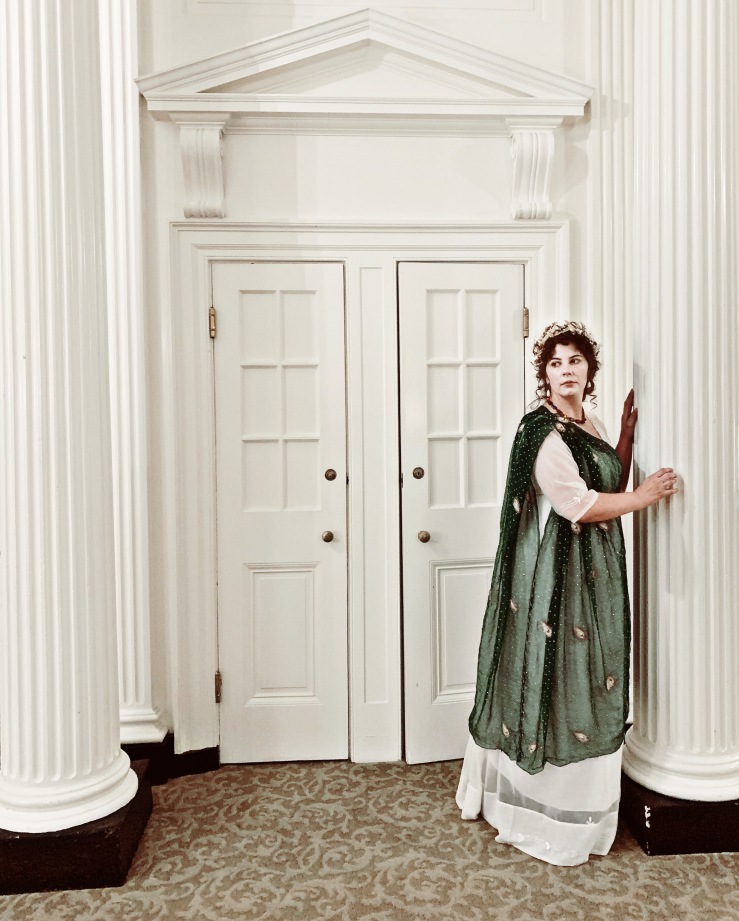 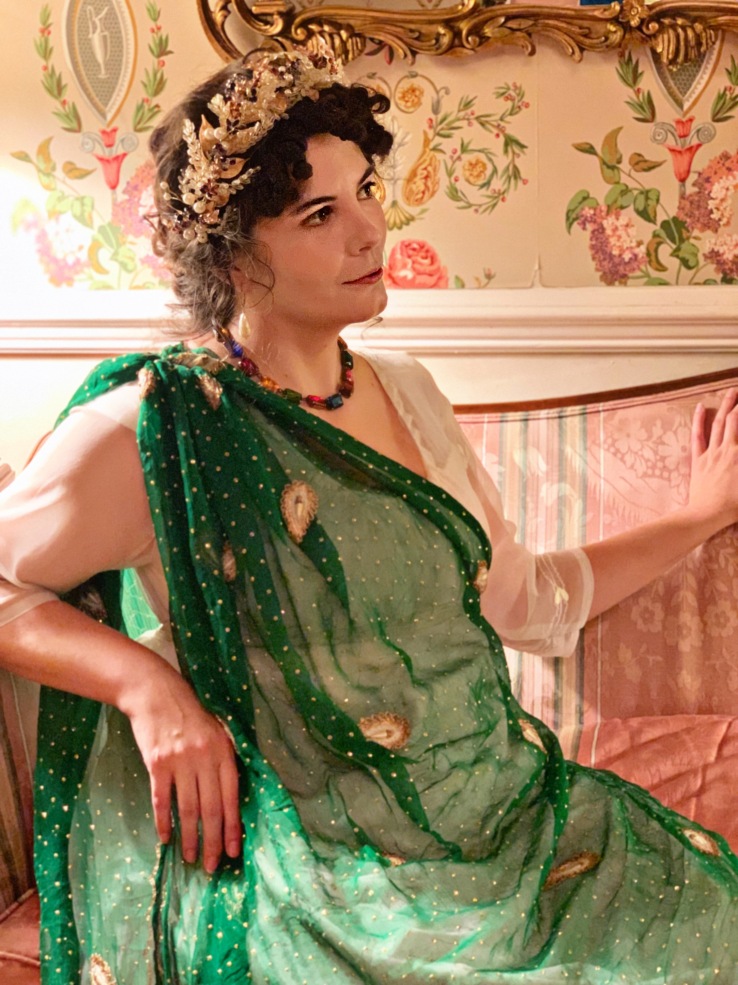 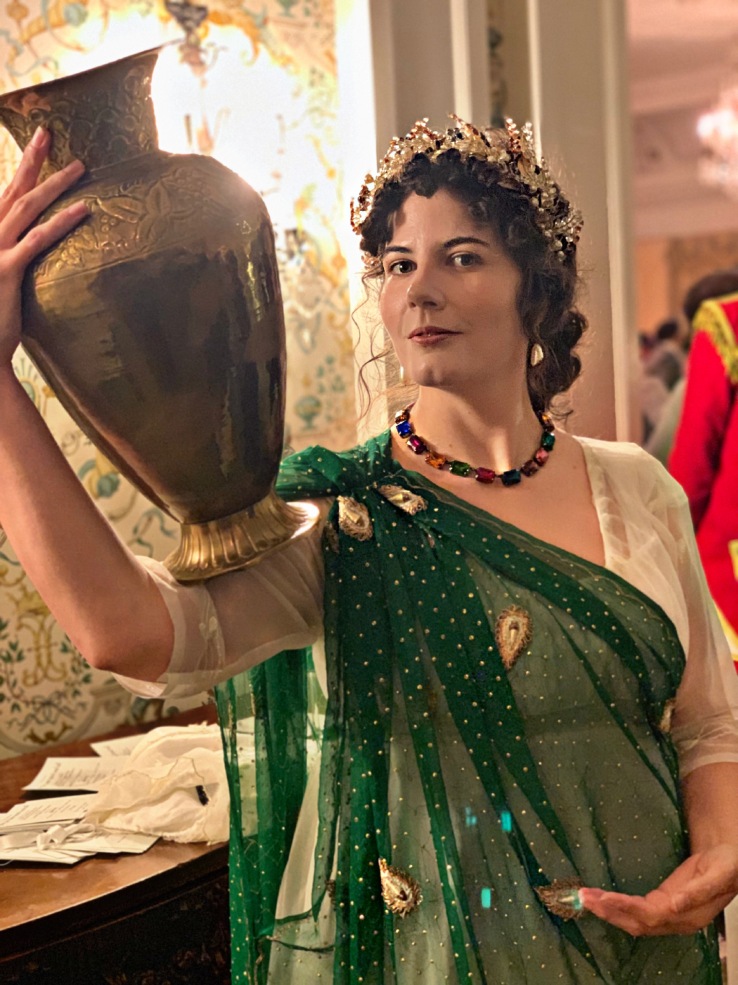 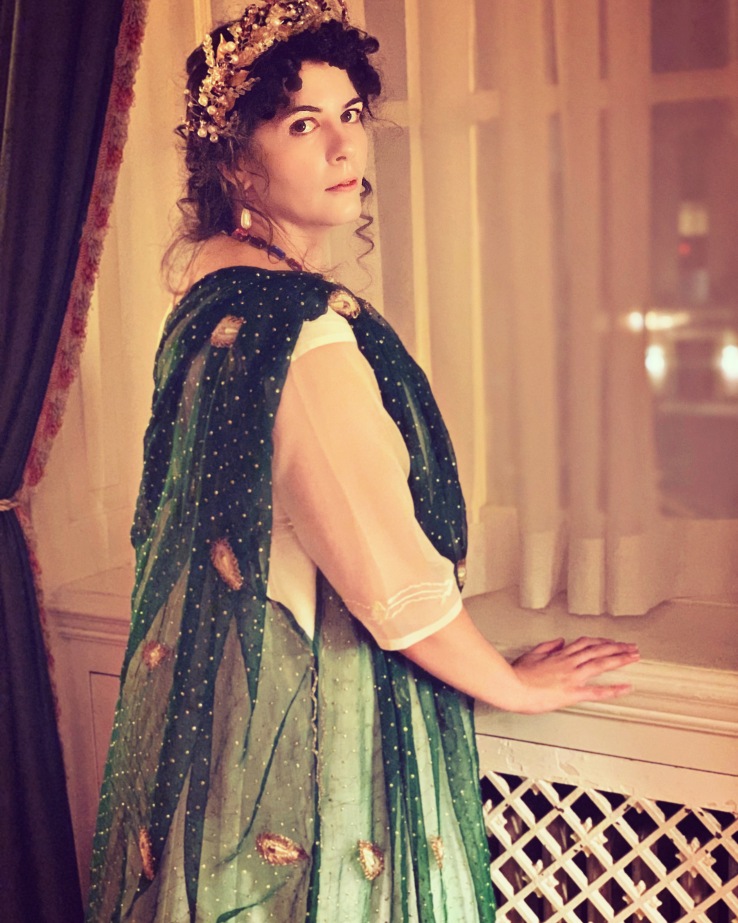 View all posts by bcredit